The word Legend gets thrown about a lot these days. However, on Saturday 28th of May, a Glastonbury legend (in the true sense of the word) came to The Snug. Mik Artistik has performed over 250 sets at the iconic music festival through the years and has become a camp stage staple during that time. Many people believe you have not truly experienced Glastonbury if you’ve not seen a Mik Artistik set. We have been big fans of Mik for a while now and we were so excited to have him down for a performance at The Snug. He did not disappoint.

Before his gig on Saturday, I had read somewhere that if you failed to smile during a Mik Artistik set then you need your happy muscles checked. And after his fantastic show here at The Snug, I now know that statement to be 100% true, because I nearly gave myself a hernia through having a permanent smile on my face for 90 minutes. When you see a 60-year-old man start his set by running through the crowd, dressed like a caricature, and playing a steering wheel lock as a percussion instrument, it is exceedingly difficult to not crack a smile. 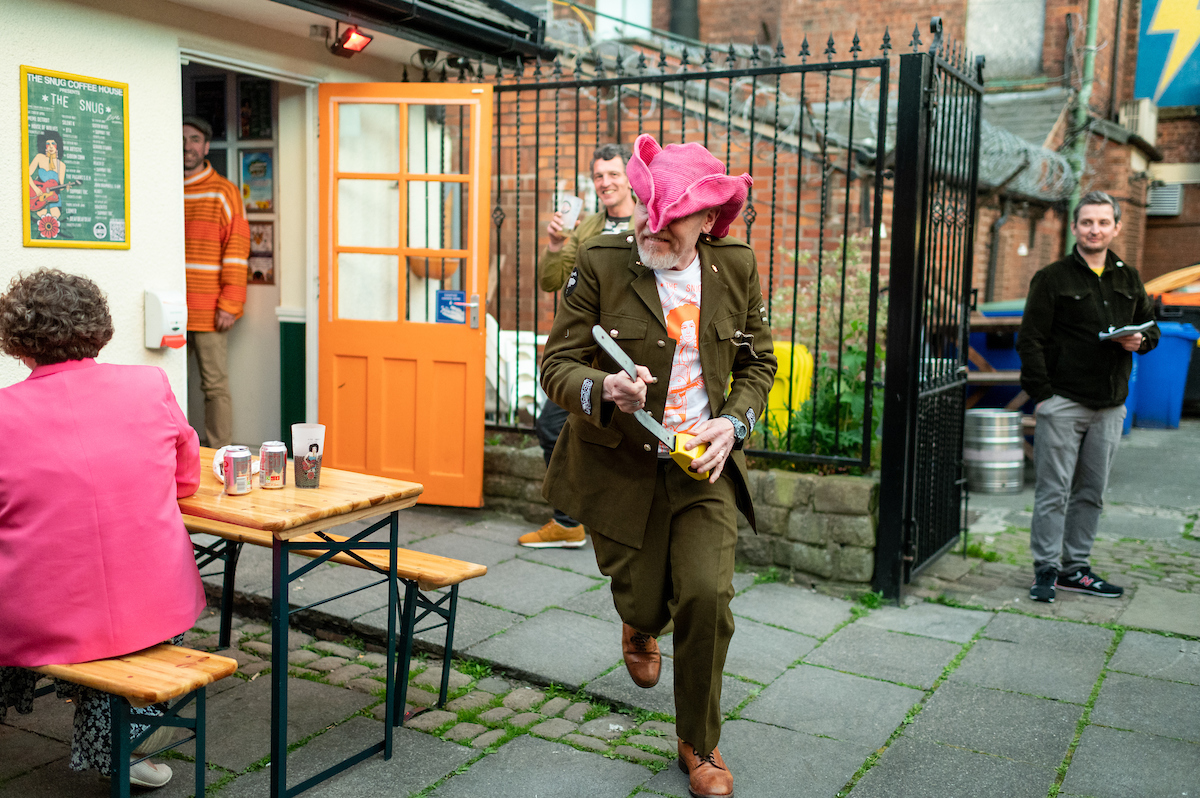 Gideon Conn was the support act for the show. His Lo-fi style was the perfect calm for the Mik Artistik storm that followed.

You would be forgiven for thinking that Mik is just a comedian put to music. Despite being hilarious, Mik Artistik’s Ego Trip is not a novelty act. There is definitely humour throughout his set, but it is laced with poignancy and musicality. Whilst Mik is in the thick of the crowd and engaging with the enthralled audience, bassist Benson J. Walker and guitarist Jonny Flockton, both unbelievable talents in their own right, are driving the music forward on stage with funk and sole at the heart of it all. Enough to keep your feet moving all the way through.

Mik’s songs often look at the minute details of day-to-day life, whilst examining the bigger picture of what it means to be alive at the same time. While he uses the spoken word approach a lot, he does show off a fabulous singing voice that filters through punk, to rock, to folk, and onto ballads. There were so many highlights, “The Zumba Sign’s Come Down” and “Acoustic Synthesiser” are weird, wacky, and 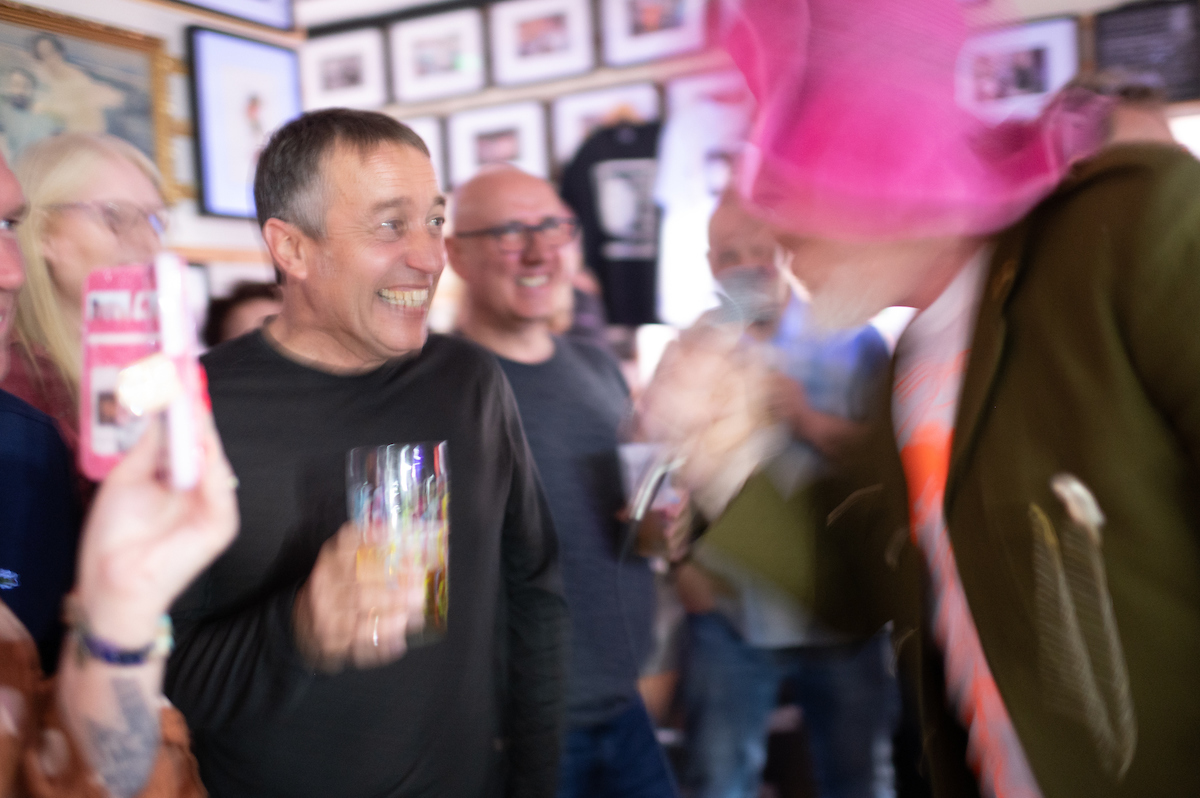 The main highlight for The Snug staff was Mik’s final song titled “Glastonbury”. A goosebump-inducing song about the iconic music festival, what it means to him and why he thinks it is one of the most amazing places on earth. A song and performance that completely contrasted the rest of his set. Sung not pacing and dancing through the crowd but sat peacefully on the bass speaker to the right of the stage. The lyrics “We gave it everything, both barrels and the kitchen sink, we left it all on the fields of Hilton, I wanna go back, tread those fields again, we made it ours, Glastonbury” epitomises the song in a beautiful way. As he sang, you could almost feel him reminiscing about the good times he has clearly had there, in the place where he made his name known and where he will always be considered a legend. Iggy Pop played this song the day after this show on his Radio 6 Music show, I think that says enough.

Mik clearly enjoyed his time at The Snug as much as we enjoyed having him here, tweeting “A glorious night at The Snug, Atherton. Royally fed, watered, and a lovely venue to play. DJ Jason knocked my socks off with some killer tunes.” Mik’s booking manager at Strada Music emailed us and said “I believe Mik’s gig went well, and both Mik & Jonny have specifically asked me to pass on their gratitude for the hospitality and general management of the whole evening, it is fair to say they were very impressed. They have had some really positive feedback from attendees… Keep on doing great things”

We are already looking to bring Mik back to The Snug early next year so be on the lookout for more information about that later in 2022.